Latest update – 20 September 2022: Travellers to NZ no longer need proof of a COVID-19 vaccination to enter the country. Testing on arrival is still recommended. Everyone travelling to NZ by air needs to complete a New Zealand Traveller Declaration so electronic data is available to enable rapid contact tracing of new strains. Queen Elizabeth II Memorial Day: All Customs offices will be closed on Monday 26 September to commemorate the Queen Elizabeth II Memorial Day. The Memorial Day will not be a “working day” for calculating time periods and due dates. For more information visit the Important Notice webpage.

Customs has arrested two Czech Republic nationals at Auckland Airport for attempting to smuggle about 20 kg of meth or ‘P’ with an estimated street value of around $20 million.

This is the largest ever meth seizure at a New Zealand airport.

They arrived on a flight from Bangkok yesterday afternoon, and were identified and questioned by Customs officers. A luggage examination revealed the meth hidden within a concealment at the bottom of their two suitcases.

Both are currently in custody and will appear in the Manukau District Court this afternoon charged with importing a class A controlled drug. In New Zealand, this carries a maximum penalty of life imprisonment.

“We have sophisticated capabilities that are continuingly proving to work and deliver successes such as these. This seizure is a fantastic example of Customs’ intelligence-led approach to risk management at the border and excellent work by our frontline officers.”

“Yesterday’s seizure has prevented a significant amount of social harm to our communities, which is estimated at almost $25 million.” 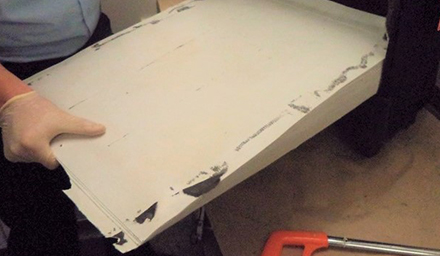 A 42-year-old Czech national was sentenced to 17 years’ imprisonment for trying to smuggle 20 kg of methamphetamine through Auckland Airport.