A Brazilian man who agreed to carry cocaine for cash will spend the next eight years and seven months behind bars, following his sentencing in the Manukau District Court.

38-year-old Cassio Spadari Kawasaki arrived at Auckland International Airport on 12 November last year. A baggage search revealed 3 kg of cocaine with an estimated street value of $1.3 M hidden in the lining of his suitcase.

During the interview, he admitted to agreeing to carry the cocaine-filled bag for money.

"Transnational criminal syndicates recruit drug couriers through various means, and have no concern for their wellbeing. These individuals end up bearing the brunt of the law.

“This sentence reflects a good outcome through the vigilance and hard work of Customs officers involved in the pre-screening for risk, as well as those working at the frontline.”

If you have suspicions about a person possibly being enticed or duped by criminal syndicates into drug smuggling here or overseas, call 0800 4 CUSTOMS. 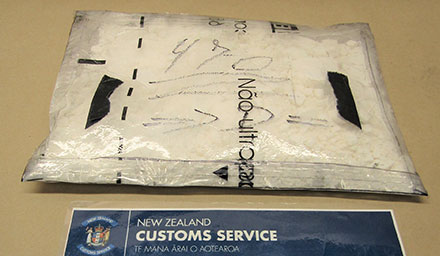