COVID-19 update 7 April 2021: New Zealand is at Alert Level 1. Travel restrictions are in place at the border. There are no restrictions on the movement of freight. The Government requires travellers to New Zealand (except those from Australia, Antarctica and most Pacific Islands) to have a COVID-19 test taken and a negative test result returned within 72 hours of their first scheduled international flight. Visit covid-19.govt.nz for more information. For specific information on Trans-Tasman Quarantine Free Travel visit the COVID-19 website.

The New Zealand Customs Service protects New Zealand's border. We were established in 1840.

Customs has about 1,200 staff spread around the country. We’re located at all of New Zealand's international airports and ports, as well as offices in Bangkok, Beijing, Brussels, Canberra, London and Washington DC. 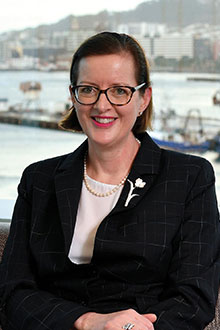 Christine Stevenson was appointed the Chief Executive and Comptroller of the New Zealand Customs Service from 1 January 2019 for five years. In February 2019, she was reassigned as Acting Chief Executive of the Department of Corrections and returned to Customs in February 2020.

In December 2020, Christine was appointed chair of the Chief Executive level of the Border Executive Board. The members of this interdepartmental executive board are jointly responsible to the COVID-19 Response Minister, Hon Chris Hipkins, for the operation of the Board and the effective governance and oversight of the end-to-end border system. 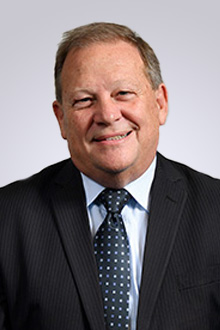 Bill Perry is the Deputy Comptroller - Operations for the New Zealand Customs Service.

He is responsible for all operational activities, including: Intelligence, Investigations and Enforcement; Border Operations; Strategic Business Development: Business Improvement and Innovation; Revenue and Assurance; and Service Development.

Bill was appointed Deputy Comptroller – Operations in 2013. He has participated in a number of New Zealand Government officials committees, including the Justice Sector Deputies Group which focuses on reducing the influence of gangs, and the Maritime Security Oversight Committee which ensures New Zealand’s maritime interests are kept secure. Bill has also regularly represented New Zealand at meetings of the World Customs Organization. As a member of Customs’ Executive Board and Senior Leadership Team he has provided leadership on strategy and promoting and embracing diversity within Customs.

Bill joined Customs in 1976 and his roles have included Northern Ports Manager, Investigations Manager, and Investigations and Response Group Manager. In 2019, he was the Acting Chief Executive of Customs.

He has completed Oxford University’s Advanced Management and Leadership programme and been awarded the New Zealand Customs Medal with four clasps.

Jamie Bamford is the Deputy Chief Executive, International and Governance.

He is responsible for a range of portfolios including International Engagement, Risk, Assurance and Integrity, Communications and Channels, Correspondence and Ministerial Servicing, Business Performance, and Governance. Jamie is also leading the work programme to develop the world’s smartest border.

Jamie joined Customs in 2015 as the Group Manager - Intelligence, Investigations & Enforcement. In this role, he led and supported the organisation’s move towards an intelligence-led, risk-based border management approach. The role focused on increasing Customs’ ability to identify risk, target and detect non-compliance and carry out enforcement.

Prior to joining Customs, Jamie worked for the New Zealand Intelligence Community. He has also worked for the London Metropolitan Police Service in various roles, including Special Branch and being based at Heathrow Airport and Scotland Yard.

As a member of the Executive Board, Jacinda Funnell is responsible for Human Resources, Learning and Development, Training and Health and Safety.

Jacinda worked as a Private Secretary to the Minister of Defence and in the Australian Department of Defence on secondment and has represented New Zealand at international defence and transport fora.

Sharon May is the Deputy Chief Executive of Finance, Technology and Infrastructure for the New Zealand Customs Service.

An experienced public servant, Sharon has more than 20 years’ experience in public sector financial management. She joined Customs in November 2019, as the Group Manager of Finance, Strategy and Performance, on a three-month secondment from Inland Revenue – where she is employed as the Director of Corporate Planning and Reporting, and responsible for Inland Revenue’s Enterprise Portfolio Management Office.

Sharon is one of the leads for The Treasury’s financial development programme, which seeks to increase strategic financial capabilities across New Zealand government agencies.

As the Deputy Chief Executive of Finance, Technology and Infrastructure, Sharon is responsible for Corporate Services, Finance, Information Systems, and the Enterprise Management Portfolio Office.

Michael has nearly 30 years of policy experience in the public sector, including senior roles in the Ministry of Social Development, the Department of Building and Housing, and the Treasury.

Most recently, he was the Director of the Pike River Implementation Team at the Ministry of Business, Innovation and Employment. This team was responsible for implementing the Government’s response to the recommendations of the Pike River Royal Commission by the end of 2013.

Michael was appointed to the Customs Executive Board on 10 August 2015.