A 20-year-old Latvian man was sentenced today in the Manukau District Court to six years’ imprisonment for importing and possessing meth or ‘P’ in his suitcase.

On 12 March 2016, Arturs Stasevskis, arrived in New Zealand from Dubai and was stopped by Customs at Auckland International Airport. During a search of his luggage, officers located 1.1 kgs of methamphetamine hidden within tie boxes and seven baby carriers. This amount has a potential street value of around $1.1 million.

Investigations established Stasevskis was given the baby carriers and tie boxes along with baby clothing and shoes in Riga Latvia after he agreed to smuggle the drug into New Zealand, where it would be collected and he would then be paid.

Customs Investigations Manager Maurice O’Brien says this is a great result because these drugs never reached the streets.

“This case is another classic example of an offender who got greedy and acted as a drug courier to get Class A drugs into New Zealand. Customs has many different ways to identify these high risk passengers and stop them at the border”

“Criminals syndicates don’t care about what happens to these drug couriers. These offenders pay the price for their greed, as shown in today’s sentencing.” 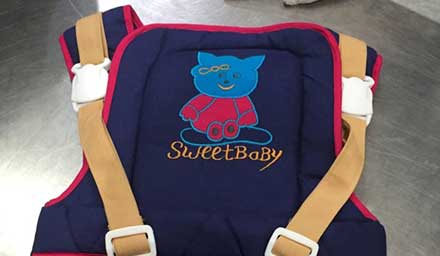 A 20-year-old Latvian man has appeared in court, charged with importing approximately 1.5 kg of meth or ‘P’ found hidden in his luggage.